From the unusual natural sceneries to its rock-hewn churches and frescos, discovering all of Cappadocia is like wanting to eat one whole Enchilada with just a bite. You will not get to discover all it’s different flavors and you will probably end up having a stomach ache.

The endless historic and geographical sites make this Turkish National Park very difficult to discover in one visit.

Cappadocia is a region of central Turkey that is popular with tourists for its hot air balloons and spectacular desert landscapes and rock formations. Göreme is the main town in Cappadocia and it’s packed full of things to do.

Göreme Historical National Park is a national park in central Turkey. It became a UNESCO World Heritage Site in 1985 under the name Goreme National Park and the Rock Sites of Cappadocia.

The landscape with the various pillars, rock towers, and other hoodoo rock formations is the highlight of a visit to Göreme National Park.

Cappadocia goes a long way back. From 1800 B.C. Hittite settlers used the soft volcanic rock to carve caves for shelter to the cave room hotels of today. Imagine trying to explore a couple of thousand years in just a couple of days: Impossible!

Seek to experience Cappadocia as if it were your own Enchilada to eat, enjoying piece by piece. Even if you don’t finish it all, the taste will last for a lifetime.

Let’s have a look at the 5 best things to do in Cappadocia, Turkey. (This post is written by Roberto S. Gallegos Ricci)

The Goreme Open Air Museum is a complex of churches cut into volcanic rock during the Middle Ages & decorated with frescoes.

The group of rock cut churches feature the Apple Church, Chapel of St. Barbara, Chapel of St. Catherine and the so called Dark Church, that will satisfy any art standards with the painted frescos inside them.

Goreme Open Air Museum hosts the most important Byzantine cave churches in the world that where the monks and nuns pursued monastic life.

This UNESCO World Heritage site is an essential stop on any Cappadocian itinerary.

My personal favorite is the Tokali Kilise or Buckle Church 50m down the hill from the entrance. It features an impressive well preserved small fresco of the Virgin Mary and Baby Jesus on the far end of the church.

Don’t miss the Dark Church, named like this because of it’s lack of windows. There is an extra fee for entry, but it’s worth it. The extra fee is a way to restrict the access in favor of the preservation of the site.

2- A Walk Around the Goreme Valleys

You can either hike, mountain bike, horse ride or scooter through the valleys from Göreme that naturally exhibit the different rock formations that are particular to this place: mushrooms, columns and cones. It is like walking through a natural phenomenon museum.

If you are into photography there will be plenty of great shots waiting for you to take. It is rumored among locals that George Lucas wanted to film in these valleys scenes for his Star Wars movies but declined due to the fact that producers did not want to portray phallic symbols into the film. When you visit the Love Valley you will understand why (ahem, photo above!!).

The most famous valleys are the Red Valley, the Rose Valley, the (not so romantic to my eyes) Love Valley and Zemi Valley. They are all within a 10km range from the town of Göreme.

There are many valleys around the most central town of the Cappadocia region. Your best bet is to ask for a map in your hotel and program an all day hiking trip if you want to visit the mayor ones.

3– Çavuşin Village & The Church of St John the Baptist

It may not make the list of the top 5 places in Cappadocia on most lists, but for Annika and I, Çavuşin was a great experience.

It was here where we took some incredible pictures from the top of the deserted rock town that was once inhabited. It is no coincidence that many hiking tours and horseback riding tours use this place as it’s starting point.

Don’t miss the view from behind the rock town. There is a beautiful 4 km hiking path from Göreme to get here.

Sunsets are meant to be beautiful here.

Hiking & Undergroud City Tour: A a 4 km hiking in Red valley, the most popular place for walking due to its colorful and breathtaking fairy chimneys, to Cavusin. Book your tour here.

This landmark attraction is one of my personal favorite things to do in Cappadocia.

Derinkuyu is an ancient underground city that was discovered accidentally by a local renovating his house in 1963. Can you imagine?

He uncovered a mysterious labyrinth of caves and tunnels over several levels that wound over 85 meters deep in the bowels of the earth. This underground metropolis dates back to the seventh century BC.

This underground city helped me understand the terror of what persecution might be like. To hide from the sun underground is a big price for anyone to pay. It is said that around 10,000 Christians lived here in the  6th and 7th century when Persians and Arabic armies sought to vanquish the Byzantine Empire.

Chapels, rooms, wine cellars and even schools are found deep within the city. Air shafts were designed not only to keep the air circulating but as elevators where water and food where transported to the many different levels of the city. Today you can only access to seven of them.

It would be advisable to hire a guide. Although the site is interesting enough it is hard to make for yourself the distinctions among the rooms and there importance. A guide will charge you upon site so the negotiation is up to you.

Maybe one of the most famous Cappadocia activities and least to say the most expensive. We have to be honest and say that we did not do the hot air balloon ride in Cappadocia, but heard so many wonders about it.

We even met a group of Turkish people that came from Istanbul and took the 12 hour bus just to experience what they called “a life time opportunity”. So if you can afford it  don’t hesitate and ask your hotel for advice.

A great tip was given to us by a local. If you don’t want to look for a discount price, arrive early at the starting point of ascension. Many balloons might have one or two spaces left that you can be negotiated there and then for a discount. If you are unsuccessful just walk to the Göreme Sun Set Point (on the road towards Uchisar) and watch the balloons color the scenery from there.

There are hundreds of hot air balloons that take flight at once, filling the skies one after the other. There is nothing else quite like it. It’s definitely a once-in-a-lifetime experience.

So whether you choose to focus your time visiting churches, walking through the valleys or just resting in your cave room the important thing is to have fun and enjoy the magic that this place has to offer. So smile and let Cappadocia smile back at you.

Click here for more accommodation options in Goreme and Cappadocia

Looking for a tour of Turkey?

Consider this 15 day Absolute Turkey tour with G Adventures. This comprehensive tour of Turkey combines history and beaches, man-made wonders and natural phenomena, as well as a vibrant and welcoming culture. Begin your trip roaming the palaces and mosques of Istanbul before journeying into the bizarre as you explore otherworldly Cappadocia, the white cliff waterfalls of Pamukkale and the bustling bazaars of Istanbul. Click here to learn more.

BIO Roberto S. Gallegos Ricci (29) is an independent travel blogger and Co-founder along with his soul mate Annika Wachter (25) of the project Tasting Travels. The project seeks to promote travel as a means to strengthen social empathy. Currently they are riding by bike direction East and writing articles about the people, places and culture that they encounter along their way. “It’s not only about the bike ride, it’s about the people we meet.” 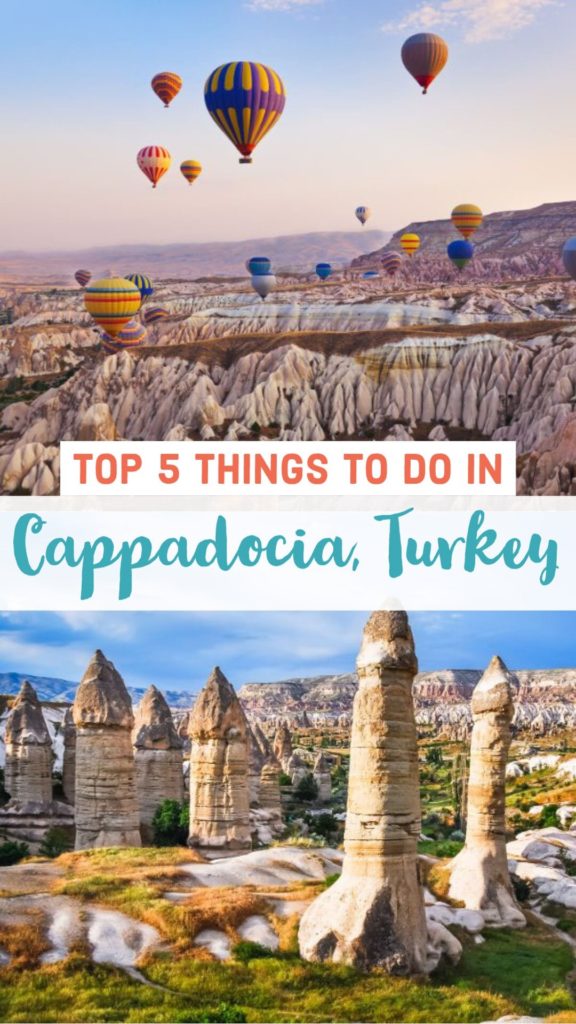